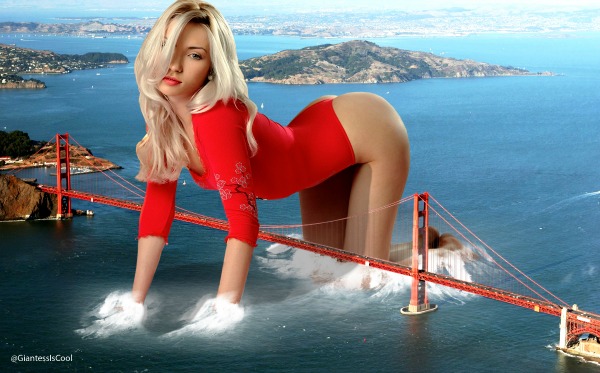 What is giantess phone sex? Some men have the desire to be shrunken down to very small sizes and have women still be normal sized. Think the movie, “The Incredible Shrinking Man,” it’s a favorite of ones into this fetish. Some talk about wanting to live inside your bra, living between your breasts, one even mentioned wanting to live in my pussy, like a human tampon, lovely image there. Others call themselves purse pets, they want to be carried around in your purse or in your pocket, sit on your shoulder to watch t.v., many unusual scenarios they envision.

I like to make fun of ones into giantess fetish phone sex since it’s so silly. One was talking about how the home can be a perilous environment when you’re only two inches high, I said the cats would love to chase you around and he practically cried and said he didn’t want to be killed by a cat! LOL, I’d stuff him in a dollhouse and feed him my crumbs. Men can be so silly with the things they come out with. Others into giantess want to remain their normal size, but have the women grow huge, like in “Attack of The 50 Foot Woman,” giant women so big they could catch airplanes in their hands out of the sky, play with cars like toys on the roads, all kinds of things.

The men into giantess phone sex often think they could try and please a woman sexually, though her clit would be bigger than their head, I guess they figure they could work it with both hands or something to please them, though it’s all a little odd, but they aren’t hurting anyone. I think I’m more of a domme giantess, since I do enjoy humiliating the men into it and making fun of them.